Why I Write about Girls in Bad Situations (warning - this is a scary story!) 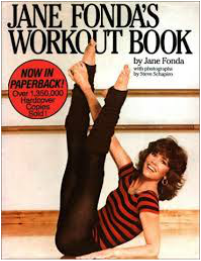 Many readers have asked me why I write the kinds of books I do - where a girl is kidnapped, being chased, held captive, or otherwise in danger. For a long time, I would say I didn't know. I had a great childhood in a safe neighborhood.  I've never been kidnapped, chased, etc. But something had happened to me. I just didn't think about it. I didn't like to think about it.

The Night I Could Have Died
It all goes back to a night in 1982. A night when I could have died, but didn't.

When I first moved to Portland after college, I lived in an old apartment building that probably dated back to the 1920s. (Above is a current photo of the apartments.) They were carved into a steep hillside just below the freeway. The hill was held back by a retaining wall a few feet behind the apartments. Because of the steep hill, the building had shifted over the years. If you dropped a pencil, it would roll into one corner. You couldn't lock the bathroom door because it no longer fit in the frame. You just closed it until it caught. But it didn't matter, because I lived by myself.

In 1982, everyone was doing Jane Fonda exercises, and I was no exception. I didn't have the doofy legwarmers, but I did have a leotard. And on the night in question, I had been doing my Jane Fonda exercises. And like everyone in the apartment building, I didn't have curtains on my back windows. Why should I, a broke college student, go to the expense of buying curtains when there was only a retaining wall back there?

Naked and Shivering
That night, as I did my donkey kicks, I head rustling from the back. Raccoons, I figured. Then I turned off all the lights, went into the bathroom, stripped, and got into the shower.  As I got my hair wet, I heard another noise. A rusty-sounding squeal.

It sounded like someone forcing open my kitchen window.

I turned off the water and stood there, dripping in the silence. Only it wasn't completely silent. Because I heard footsteps. In my kitchen. And I was naked and shivering, staring at the door that didn't close, let alone lock. The bathroom also had a window, but it was painted shut. Even if it had opened, it was too small to climb out of.

I got out of the shower and dragged on my leotard. Then I walked out into the dark hallway and said, "Who's in my kitchen?"

No answer, but I could hear a man. Breathing.

I came to my senses and ran past the kitchen and through the living room and out the front door. I remember being too frightened to reach back into the darkness to close the door.

Guns Drawn
I pounded on my neighbor's door. He answered wearing tiny black briefs and releasing a cloud of pot smoke. He was a law student at the time.  "I'll call that new emergency number!" he shouted.  "1-1-9!"

"I think it's 9-1-1."  I answered. He did, and then he ran around opening all the windows and waving his arms, trying to dissipate the smell.

And when the two cops showed up - a man and a woman - there we were, me in my wet clinging leotard and my neighbor in his tiny black briefs. For a long time, this was the part of the story I focused on. The funny part.

They searched my apartment, found no one, and talked to me in my living room. Then there was a thump from the bedroom. Both cops drew their guns. It was like a bad movie, because in walked - my cat. Which was also kind of funny.

The Mystery of the Missing Dishtowels
The cops asked me to look through my apartment to find what was missing. I was a poor college student. I didn't own a lot for someone to take. But all my dishtowels were missing. I thought this was funny. "Why not take my salt shaker?" I said to one of the cops. "Or my pancake turner?"

I spent that night at my boyfriend's, and moved out shortly thereafter, when the landlord was taking his sweet time about fixing the broken lock. As for who broke into my apartment that night, I think it was one of the painters - or someone they knew - who had been working on the backside of the building a week earlier.

The Girl I Could Have Been
So I was very lucky.

But today I'm thinking about the girl I could have been. Tied up with her own dishtowels. Certainly raped. Probably murdered.

So yeah, there's a reason I write what I do.  Because I like to imagine that if something really bad ever happened to me, I would figure out something clever and save myself.