About the book
When Savannah disappears soon after arguing with her mom’s boyfriend, everyone assumes she's run away. The truth is much worse. She’s been kidnapped by a man in a white van who locks her in an old trailer home, far from prying eyes.

And worse yet, Savannah’s not alone: ten months earlier, Jenny met the same fate and nearly died trying to escape. Now as the two girls wonder if he will hold them captive forever or kill them, they must join forces to break out—even if it means they die trying.

Reviews
"Savannah’s ramshackle life—drifting from home to home with every new boyfriend her mother finds—has forced her to become tough, physically and mentally. It’s no wonder she’s drawn to the teachings of Bruce Lee, who espouses serenity and flexibility above all. She has to use everything she’s learned when she is forcefully abducted by a mysterious man who calls himself “Sir.” Taken to an unknown location and locked inside a darkened RV, Savannah must rely on all her skills and wits—as well as the help of a previous kidnapping victim—to free herself before “Sir” enacts his ultimate plans. After setting up the basic cast, the story immediately settles into the main plot of Savannah desperately trying to escape her makeshift prison. Heightening the tension is Henry’s choice to tell the story from the alternating first-person perspectives of all the characters, from Savannah’s potential love interest to the kidnapper himself. With a simple plot and relentless pace, this thrill-ride of a book will absolutely satisfy readers looking for pulse-quickening action and smart, resilient heroes."
Booklist

​"Living with her mom’s abusive boyfriend in a new city isn’t easy for teenager Savannah Taylor, but she has an outlet: her kung fu class, where she is developing friendships as well as her own strength and skill. Then one night after class, a stranger accosts her in a deserted parking garage and takes her to a mobile home where she meets Jenny, another girl he kidnapped months before. Together, Jenny and Savannah must figure out a way to escape—or die in the process. This tight, fast-paced thriller forgoes deep character exploration in favor of action, keeping the narrative moving at breakneck speed from the first page until the last. It’s ideal for striving readers, particularly those who favor adventure or survival stories. Savannah is a capable but fallible protagonist; though her martial arts training does not prevent her kidnapping, it plays an essential role in protecting herself and Jenny, and her commitment to her own self-sufficiency creates believable tension with her mother’s boyfriend. VERDICT Sure to satisfy fans of Courtney Summers and Caroline B. Cooney, this book is a solid purchase for libraries with widely circulating thriller collections."
School Library Journal

"With the help of an unexpected ally and Bruce Lee’s words of wisdom, Savannah must summon the strength to outwit Sir if she wants to make it out alive. The narrative, told through multiple first-person perspectives, offers insight into trauma’s ripple effects."
Kirkus

"Portland author April Henry is a martial arts devotee, so it’s no surprise that the first teen we meet in Henry’s upcoming young adult thriller, “The Girl in the White Van” (Henry Holt and Co., 224 pages, $16.99), is an orange belt in kung fu who carries around a book about Bruce Lee. Savannah Taylor is already having a bad night when she’s abducted by a stranger, who deposits her in an RV where she finds a surprise. The surprise also represents a crucial mistake on her captor’s part, and Savannah quickly seizes the opportunity to plot an escape in this page-turner."
The Oregonian

"With fast-paced, compelling stories and characters readers will root for, it is no wonder why April Henry’s books are popular in my high school library. The Girl in the White Van is no different and is a must have."
PSLA Teaching and Learning: Literature Review

Inspiration
In 2014, Kelly Swoboda, a man with a long criminal history, mostly for drunk driving and bank robbery, stalked and kidnapped a 23-year-old Portland area woman working at a tanning salon. He hit her over the head with a gun, dragged her into his van, and duct tapped her wrists and ankles. While the victim was able to jump from the moving van, she suffered severe injuries.

Then Swoboda set his sights on girls in my neighborhood. He started following girls who went to my neighborhood middle and high schools.  When he died, they found notes in his pockets about more than a dozen young women. He wrote down their hair color, where and when he saw them, if they were alone, and then gave them a rating of 1 to 10.  Rumors began to swirl around the neighborhood about "some creepy guy in a van."  After a concerned resident contacted the police, Swoboda got into a shootout in front of my martial arts schools with the high school resource officer, a member of the Portland Police. Swoboda, shot three times, died at the scene from a bullet wound to the chest. The officer was shot in the arm and ultimately recovered.

In Swoboda's pockets they found the notes about the girls as well as two lengths of rope. Worse things were found in his van.

Swoboda was killed in a  spot I walk down five or six times a week as I go to martial arts classes. I started wondering what would have happened if a girl had come out of a kung fu class and he had taken her hostage and left with her.  It turns out, though, that police are trained not to let a bad guy leave with a hostage. Which makes sense, as things aren't going to be get any better in another location.  So I thought - what if he had kidnapped her out of sight of anyone?  Would she be able, with her kung fu training, to fight back?

For inspiration, my character and I turned to Bruce Lee, the amazing kung fu fighter and movie star who died in 1973. 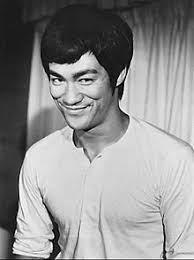 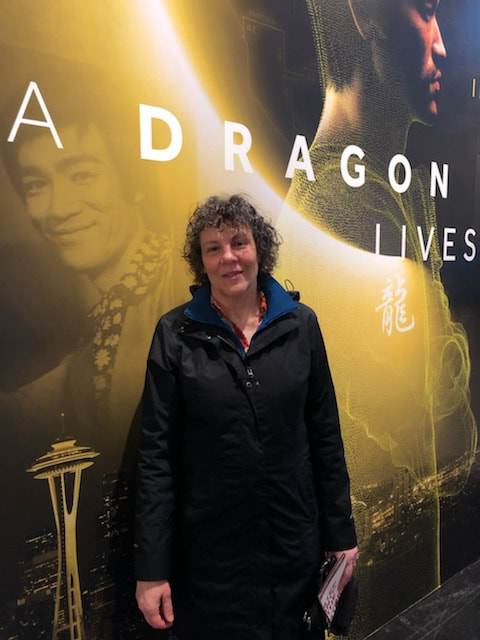 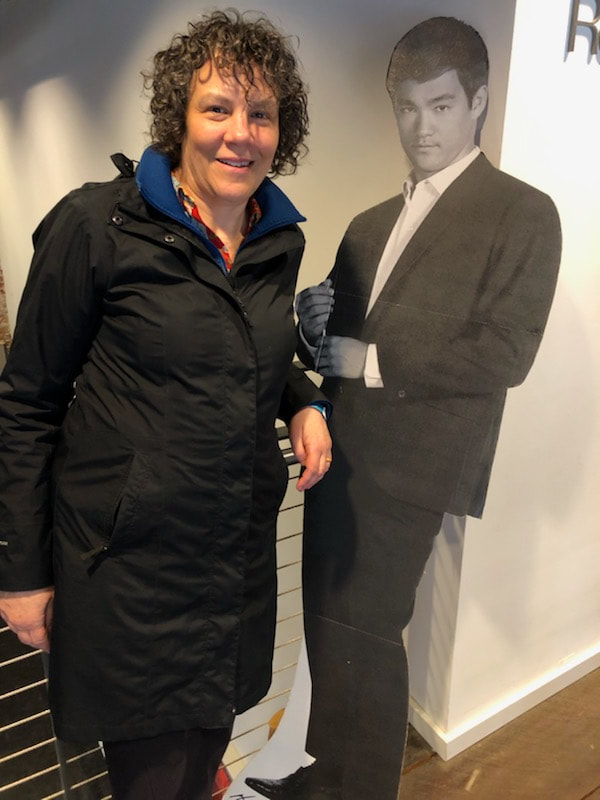 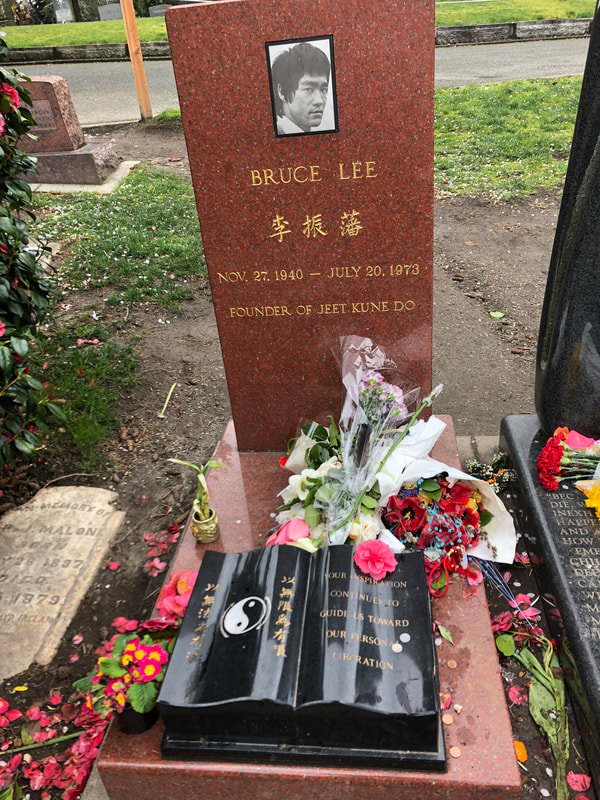