The story Behind The Girl I Used to Be

The Girl I Used to Be 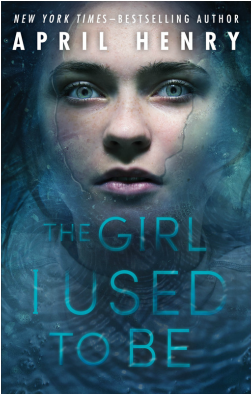 About the book
Fourteen years ago, Ariel''s parents took her to the forest to cut down a Christmas tree—and never come back. When a three-year-old is found at a Wal-Mart, it takes time for authorities to connect her with a missing family over a hundred miles away.

Then Ariel's mother's body is found in the woods. She's been stabbed 19 times. Since she had a rocky relationship with Ariel's father, everyone figures he just snapped. Ariel ends up in foster care, and eventually a failed adoption leaves her with a new name: Olivia.

Now a human bond found in the woods has changed what everyone thought was true about that day. He was killed along with her mother, and it was the killer who took the girl to the Wal-Mart.

Now Ariel/Olivia is determined to uncover the truth.

But can she do that before the killer tracks her down first?

​Awards and honors
Reviews
[Starred review] "Henry has done it again with another edge-of-your-seat mystery/thriller. The first scene begins with Olivia running from a killer while handcuffed. The story follows with flashbacks of what led her to that dangerous scene.... This is recommended for middle school and high school mystery/thriller/suspense collections and for April Henry fans."
—VOYA (Voice of Youth Advocates)

​Olivia Reinhart (born Ariel Benson) always believed her father murdered her mother, stabbing her 19 times before driving Olivia to a Walmart and vanishing. Fourteen years later, the cops come knocking, and it isn’t the news she expects. Olivia’s father hasn’t been on the run; his body has been found only about a mile from where her mother’s body had previously been discovered. They were both murdered that day, which leaves Olivia as the only survivor—the only witness to her parents’ horrific ending. Olivia returns to the scene of the crime, the town she left long ago, to attend her father’s funeral. Nobody recognizes the three-year-old girl all grown up, and Olivia uses this to her advantage. She sticks around Medford to see if she can finally understand what happened to her parents, and she uncovers more than she can fathom. With the help of some key players, Olivia is stunningly close to figuring out who killed her parents, but as the flash-forward that starts the novel suggests, it isn’t likely she’ll survive the truth. A fast-paced and engaging read, this is a strong choice for readers of mysteries and thrillers. The conclusion is reminiscent of Alice Sebold’s The Lovely Bones, as both protagonists learn chilling truths about themselves and those close to them. VERDICT A must-have for YA mystery-thriller collections.
--School Library Journal

After murdering her mother, three-year-old Olivia’s father dropped her off at a Walmart and drove to the airport, leaving scandal and anguish in his wake—at least that’s what Olivia always thought. Now 17, she learns some astonishing news. Bone evidence indicates that Olivia’s father did not kill her mother but, rather, died at the same time. Intrigued, Olivia travels back to her childhood hometown to attend her father’s memorial service. Moving into town and hoping to conceal her real identity, Olivia grows desperate for the truth as semifamiliar people and places reveal new details of her parents’ past, including jealous exes and conniving schoolmates. Gradually, however, her own fragmented memories threaten to lead her to the killer, which puts Olivia in grave danger. With her straightforward thrillers, Henry has carved a welcome niche for herself in young adult literature, thanks to her great instinct for intriguing plots, likable characters, and fast-paced action. The short chapters with cliff-hanger endings, not to mention the juicy plot, will keep readers engaged to the end.
​— Diane Colson, Booklist

Olivia's father murdered her mother when Olivia was 3 and then vanished, throwing Olivia into a series of foster homes until she achieves early emancipation at age 17. Living alone in Portland, Oregon, Olivia learns that some of her father's remains have been found, leading police to believe that he was not the murderer but a victim as well. Olivia decides to return to her hometown and rent her own inherited house there, never telling the townspeople that she really is Ariel Benson, the child survivor of the murder. She meets Duncan, who recognizes her from a scar but agrees to keep her secret as he helps her gather evidence and possible suspects. The two comb through library records and casually interview townspeople who might remember Olivia's family and the murder. Olivia's elderly next-door neighbor becomes a special friend, giving Olivia a sense of family again. But of course, it's a murder mystery with suspects, and despite speculation that the perpetrator might have been a serial killer with random victims, readers can be fairly sure that one of the townspeople will not only turn out to be the killer, but will try to kill Olivia too. Henry unfolds her drama while keeping equal focus on the mystery and on Olivia's emotions as the girl returns to the hometown she does not remember and to friends and possible family that she craves. A solid thriller.
--Kirkus 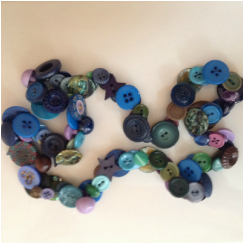 ​
Inspiration
The book was inspired by a real case from the 1980s that took a sudden turn thirty years later after additional human remains were discovered.

And the book is partly about the girl I used to be.

Although I’m older than Ariel, I, too, grew up in Medford. (And yes, I know she’s fictional.) A big chunk of The Girl I Used to Be was actually written in Medford during visits with my mom. I got to put all the things I love about my home town in that book. The tawny hills that hold the valley like cupped hands. The evergreens that stand like sentinels on the horizon. The historic cemetery I have walked through hundreds of times.

Most of all, I put as much of my mom in that book as I could. Ariel’s neighbor is named Nora. She wears my mom’s clothes, looks like my mom, has heart failure like my mom did, and even has the same old-fashioned turns of phrase as my mom: we’re a pair to draw to, I should hope to shout, I could wring your neck, get out of my hair. I even lifted a whole scene nearly verbatim from an encounter we had with some homeless men in the cemetery, one that showed me how differently I saw the world than my mom did.

In the book, neighbor Nora gives Ariel a beautiful button necklace from around her own neck, just like my mom gave me when I told her how much I liked it. That necklace ended up playing an important role in the story, becoming a talismanic object for Ariel (almost as much as it is for me).

When my mom was on hospice in the fall of 2013, I moved home to take care of her. While I was there, I got to read the first few chapters of The Girl I Used to Be to her. I think we both knew I was writing it thinking I might be able to keep part of her in this world.