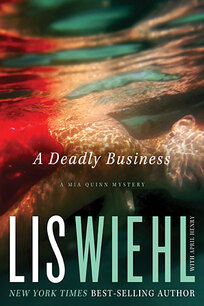 About the book
Mia Quinn is a Seattle prosecutor working on high profile cases in the Violent Crimes unit while juggling the impossible demands of single parenthood. Her husband, Scott, was killed in a car crash that homicide detective Charlie Carlson now believes was no accident. Charlie's instincts and professional record make it impossible for Mia to refute the evidence she'd rather not believe.

When the powers that be refuse to reopen the case, it's up to Mia and Charlie to investigate, all the while trying to deny a growing attraction between them. Was her accountant husband really in league with nefarious criminals? And who is the young woman whose photo they find on his computer?

Uncovering the truth may hurt Mia in more ways than one.

​Second in the Mia Quinn series.

Reviews
“The second Mia Quinn mystery is action-packed from the first page.  Layers of lies and deception make for a twisting, turning story that will keep mystery lovers entranced.  This is a thrill ride until the very end, so hang on tight and enjoy the trip!”
- Romantic Times

"VERDICT Wiehl’s experience as a former federal prosecutor gives the narrative an authenticity in its depiction of the criminal justice system. Henry’s expertise in writing mysteries and thrillers has placed her on the short-list for the Agatha, Anthony, and Oregon Book awards. The coauthors’ second installment (after A Matter of Trust) in this fast-paced detective series will keep legal thriller readers and John Grisham fans totally engrossed."
- Library Journal