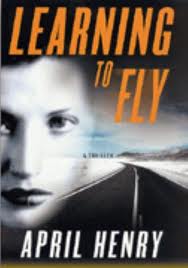 About the bookThe chaotic scene of a huge, fiery chain-reaction car accident leaves Free Meeker in the possession of someone else's bag and the hitchhiker she has just picked up dead. By the next morning, 19-year-old Free, daughter of aging hippies, has discovered that the bag contains nearly a million dollars—and that the hitchhiker's body has been identified as hers. Fate seems to be handing her the chance to make her life over. But when the owner of the drug money realizes it didn't burn up in the fire, things get complicated. And things only get worse when the hitchhiker's stalking husband decides that Free must be some do-gooder hiding his wife.

"A sure-footed chase novel that starts with a bang and rarely slows down."
- Seattle Times

"A high tension thriller [with] an endearing heroine."
- Denver Post

"Compulsive reading. A classic tale of an innocent on the lam, Learning to Fly has the kind of plot that would have made Hitchcock smile in evil anticipation of its cinematic possibilities."
- Panzer Pick, Amazon.com

"April Henry's debut, Circles of Confusion, garnered a lot of attention. This book proves that she's a talent to watch, delivering solid characters, good plot, and a great sense of place."
- Canada's Globe and Mail

Q. The details of the multi-car accident that takes place at the beginning of Learning to Fly are so vividly described. It it based on a real accident?
A. Yes. In September of 1999, after a long dry summer, a farmer was plowing his wheat fields in Eastern Oregon on a blue-sky day. A freak wind whipped up and dust covered the roadway. Instantly, everything went black. Later, they found people dead in smashed cars with the cruise controls still set at 75 miles an hour. One person involved in the accident tried to go back to warn others. He waved at them, but the passing drivers either just waved back or gave him the finger. The last sight the young man had of one trucker was the trucker driving full bore into the dust storm, both hands off the wheel as he waved at the young man. The dust storm caused several chain reaction car accidents. I combined them into one.

Q. I understand that one of your main characters in Learning to Fly ended up going in a different direction when you were the victim of a real-life crime. Can you tell me more about that—and what you learned that you never wanted to?
A. When I began writing the book, I had a character who was a generic patrol cop. After we were burglarized in August of 2000, a criminalist came to our house to take fingerprints. He was so interesting that I ended up changing my patrol cop into a criminalist. That night, he showed me all the contents of his kit and taught me how to dust for fingerprints. Later I interviewed him to learn more about his job and why he had chosen it.

When I first entered our house after the burglary, I rationalized what I saw. All the doors and cupboards gaped open, but it was a Friday and our house often looks especially messy on a Friday. Our new phone was gone, but perhaps my husband had taken it with him when he left for work for some reason. The further in the house I got, though, the more I knew something was wrong.

I called 911 on my cell phone from the porch. While I was out there, some boys pulled up in our neighbor's driveway and stared at me. I noticed them because our neighbors are Cambodian, as are all their visitors, and these boys were white with backwards baseball caps. I thought I would remember their license plate, but I didn't. So the first lesson I learned was to write down anything you think might be important. Because an unrelated murder had happened shortly before, the cops were slow in responding. My husband got home before they did.

The burglars had left a walkie-talkie behind, one of those sets that people sometimes buy to keep track of their children at malls. The cop said they no longer had to rely on the lookout on the corner whistling to warn them. He took the walkie-talkie with him to see if it could be fingerprinted. Later, the cop stormed back into the driveway, shouting "Have those jerk-offs been here?" I thought that wasn't a very professional way to refer to his fellow officers, but it turned out he meant the burglars, not the criminalist. It seems the burglars had discovered the loss of their walkie-talkie and were taunting us on it, saying "We took your fax machine. We took your camera," in a song-song voice. If that wasn't enough of a clue that our burglars were probably just out of school for the summer, there was also the fact that among the items they stole was a box of Trix cereal.

Another lesson I learned is to walk through your house with a video camera, lingering on all of your CDs, and then take the video and put it someplace else, like at your office, or email it to yourself. Not only would this have provided proof of what we lost, it also would have helped us remember what we had to replace. A year and a half later, my husband is still remembering the titles of stolen CDs.

Here are some other lessons I learned: 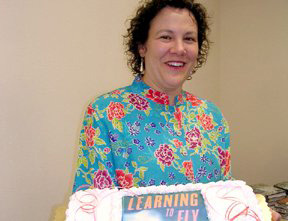