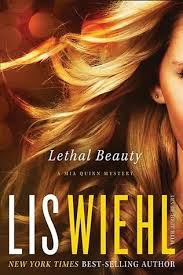 It should have been an open and shut murder case, but Mia Quinn finds out nothing about it is simple.

After a young Chinese prostitute is stabbed to death by her rich American client, the tabloids dub Dandan Yee “Lethal Beauty”—despite the fact that she was the one who ended up dead. Yet even with double standards and naked prejudice working against her, Seattle prosecutor Mia Quinn is determined to get justice for Dandan Yee.

But when a key witness goes missing and an unsavory juror shuts down deliberations without explanation, Mia fears the trial—and the law—are being tampered with.


A constellation of fresh killings has Mia and homicide detective Charlie Carlson searching for a common source and puts Mia’s family in the crosshairs of a Chinese crime cabal with a hand in the modern slave trade. Meanwhile, Dandan Yee’s mother has opted to take matters into her own hands . . . and the stakes get more lethal overnight.

In the midst of all this, Mia has to contend with a fifteen-year-old son who is growing up too fast for his own good, and the idea that Charlie might want to be more than just friends. Can Mia and Charlie stop the murders and still keep her family safe? Or is the very act of seeking justice enough to cost her everything—and everyone—she loves?

Reviews
** Starred Review** "Fans of J.D. Robb's Lt. Eve Dallas or The Closer's Brenda Leigh Johnson will appreciate strong female protagonist Quinn. In addressing the tough social issues of sex trafficking and domestic slavery in sometimes graphic detail, the best-selling coauthors combine skillfully multiple story lines with realistic characters and a palpable tension that keep the pages turning. The spiritual message is subtle: evil is everywhere, but where there is faith and people willing to fight for what is right, good will prevail."
--Library Journal

"In Wiehl and Henry’s page-turning third Mia Quinn mystery (after 2014’s A Deadly Business), the Seattle prosecutor loses a case in which Dandan Yee, a Chinese immigrant girl forced into prostitution, was killed by a client. After a hung jury, Mia wants to refile the case, although her boss doesn’t agree. For a number of reasons, the case doesn’t die. Meanwhile, Yee’s mother takes matters into her own hands by seducing the sole jury holdout. On the personal front, Mia is still dealing with the fallout from her cheating husband’s death, and two men—one a cop and the other a lawyer—would like to be more than friends. The book moves effortlessly from one interesting character to another, and their back stories add some depth."
--Publisher's Weekly

"Takes the action and intrigue up another notch."
--Romantic Times