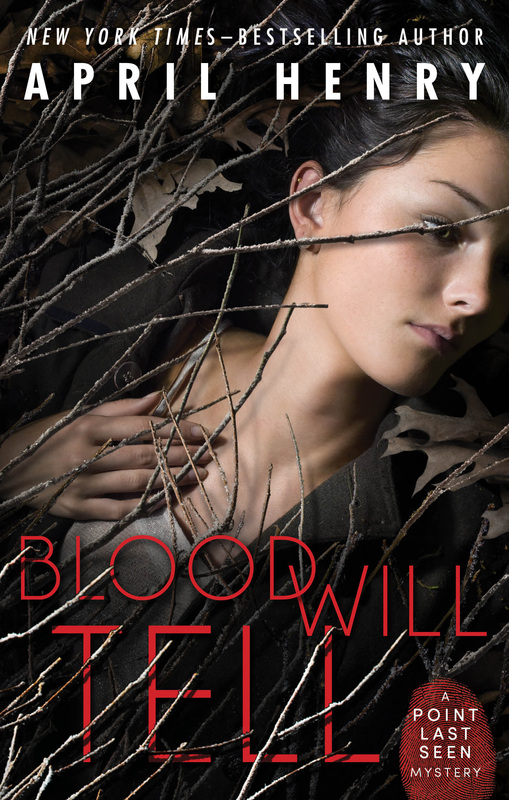 About the book
Blood Will Tell is the second in my Point Last Seen series. When a woman’s body is found in a Portland park, suspicion falls on an awkward kid who lives only a few blocks feet away, a teen who collects knives, loves first-person shooter video games, and obsessively doodles violent scenes in his school notebooks. Nick Walker goes from being a member of Portland’s Search and Rescue team to the prime suspect in a murder, his very interest in SAR seen as proof of his fascination with violence. Then Nick's DNA turns up on the victim. How is this even possible? And can his SAR friends Alexis Frost and Ruby McClure find a way to help clear his name before its too late?

Awards and honors
Reviews
★ 4Q 5P M J S
"Nick enjoys his work with the Search and Rescue Squad and sees it as valuable training for his future career in the military, following in his late father’s heroic footsteps. Unfortunately, he gets sick at the sight of blood, his mother is adamant that he not join, and soon he will have his world turned upside down and find out just who he can count on. On a call to find a lost girl, he is embarrassed by getting violently ill when seeing a fractured bone stick out from her leg, but he acquits himself well by helping the girl stay still while waiting for a cervical collar. The next morning he is called out again only six blocks away in a search of evidence after a girl’s body is found. As the murder investigation proceeds, suspicion falls on Nick, and only his friends Ruby and Alexis believe that he is innocent and set out to prove it. Fast paced and fascinating, the action really gathers steam in the last third of the novel. The implication of relying solely on DNA, with no other corroborating evidence, is explored without getting overly scientific. The novel would make an interesting reading in a criminal justice class and will appeal to teen fans of programs such as CSI and Criminal Minds."
—VOYA

"Henry pens another solid mystery for teens in this follow-up to The Body in the Woods (2014). Still volunteers with Portland Search and Rescue, teens Nick, Ruby, and Alexis assist the police with an evidence search in a vacant lot where a woman’s body was found. Nick, longing to be a hero like his military father, is embarrassed when he almost faints at the crime scene, but this vulnerability doesn’t stop him from becoming a suspect when too much evidence, though circumstantial, implicates him. While the police upend Nick’s life, in the process divulging hard news about his father, Ruby and Alexis work to identify the real killer. Like a good crime procedural, the story moves easily between Nick’s personal story, the killer’s story, and the criminal investigation.... HIGH-DEMAND BACKSTORY: Henry’s mysteries have taken her to the top of the New York Times best-seller list and are devoured by teens. Stock up!"
—Booklist

"Will satisfy faithful fans, who will anticipate the next installment in the series."
—School Library Journal

"The mystery moves along at a nice pace, mixing broad character strokes with chunks of investigative exposition, evoking the feel of a solid episode of Law and Order or C.S.I. .... [T]he slow burn leading up to this climax with the ground disappearing beneath Nick's feet is solid entertainment.
—Kirkus

It's so cool to see images from cover photo shoots. This one was shot for Blood Will Tell. Thanks to photographer Jon Barkat (http://www.jonathanbarkat.com/) for letting me give you a peek behind the scenes.