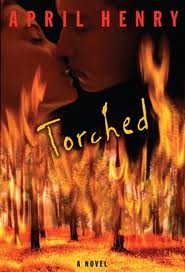 About the book
When Ellie's parents are busted for possession of marijuana, the FBI gives her a choice: infiltrate the Mother Earth Defenders (MED), a radical environmental group, or her parents will go to jail. At first Ellie is more than willing to entrap the MEDics, but the more time she spends undercover—particularly with Coyote, the green-eyed MEDic that she can't stop thinking about—the more she starts to believe in their cause. When talk turns to murder, Coyote backs out, but Ellie is willing to risk everything to save her family—even if it means losing Coyote and putting her own life on the line.

Reviews
"The contemporary mix of politics and thrilling action will grab teens, not just environmentalists, as Ellie must decide how to save her parents and save the earth. Romance adds to the conflict as she falls in love with gorgeous MED member Coyote, who is both an activist and an ardent pacifist. Both the MEDs and the FBI have good guys and bad guys, and this suspenseful story will spark discussion about what it means to fight for right "by any means necessary.""
- Booklist

"Educators and environmentalists will appreciate the similarities between Ellie's adventures and the exploits of Julia Butterfly Hill, as it will allow them to engage in a discussion about endangered species, corporate responsibility, and logging."
- School Library Journal

"The thrills and action will keep readers interested as she navigates her way between terrorists and self-centered Feds."
- Kirkus

Inspiration
The Environmental Liberation Front was extremely active in Portland when I wrote this book. I was driving to work one morning when the newscaster said, "An FBI spokesperson said they have been unable to infiltrate ELF."  And I immediately thought, "Well, if they had been able to infiltrate it, they certainly wouldn't tell the media."

​And the idea for the book was born.